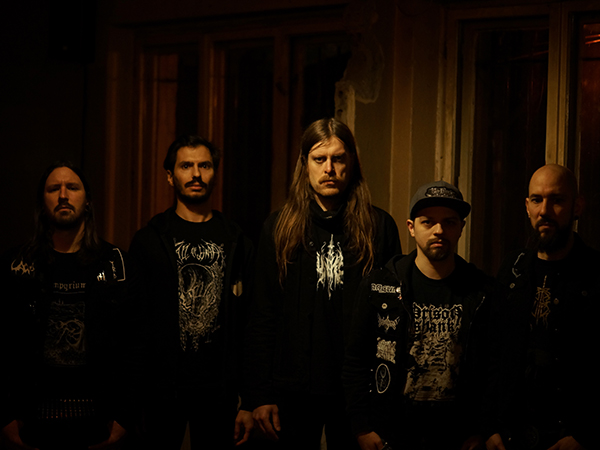 Music as catharsis. Songs as the equivalent of suffering, pain and torment. How else should PRAISE THE PLAGUE sound and act? Exactly! It is no coincidence that the somber musicality and design of the band's previous releases - "Antagonist", "Antagonist II" and "Live At Fall Of Man" - are conceptually related and leave this harsh, frightening impression both visually and in terms of the overall impression. Active since 2017, PRAISE THE PLAGUE (former members of Earth Ship and Ånd) continue their path between black, doom and sludge metal on "The Obsidian Gate". The group's debut on LIFEFORCE RECORDS reveals a distinct awareness for the musical setting of depression and nihilism. The Berlin-based quintet's third album is characterized by a profound density and urgency. The emerging wall-of-sound casts a spell. There is no escape, because the (negative) emotions set to music are transferred to the listener immediately. Listeners of bands like Cult of Luna, Celeste, Russian Circles, Altar of Plagues and Thou will keep Praise the Plague on their radar.

Praise The Plague – The Obsidian Gate

Praise the Plague on Tour