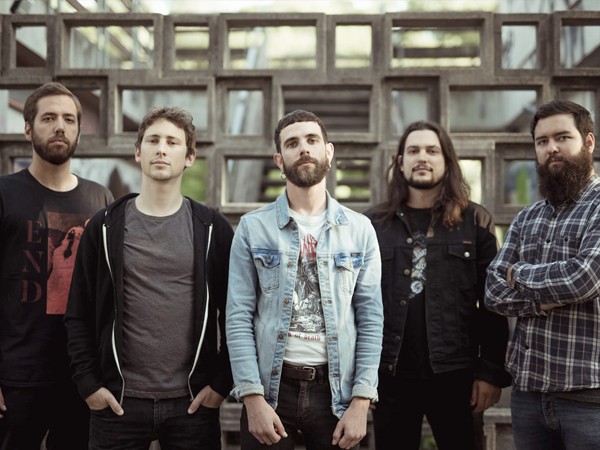 The musicians from Switzerland don't make it easy for themselves or their listeners. PROMETHEE are known for playing an abrasive, technically demanding heavy mix. It is true that the band from Geneva cultivates a multilayered, vagrant sound between post-metal, mathrock, noise and dark hardcore. But it pays off to listen carefully and invest time. Firstly, listeners will notice the destructive and raw looking songs. Than, they will recognize the profound accessibility, which soon is to be understood and appreciated. Audibility and recognizable details are as important to PROMETHEE as forward-looking heaviness and playful, complex metal. The third full length “Convalescence”, published in the year of the band's tenth anniversary, illustrates this imposingly. Dissonances, sudden breaks and eruptive emotional outbursts are combined with impressive singing, apocalyptic melodies and catchy hooklines. The result arouses interest and captivates listeners. Since their foundation in 2008 PROMETHEE have matured as individual musicians but also as a group – despite some line-up changes that had to be absorbed. “Convalescence” follows bands LIFEFORCE debut “Unrest” (2015); presenting a band that knows about its trademarks and how to highlight them with even greater contrast. “Convalescence” was recorded at Silver Cord Studio in Brooklyn, New York with engineer Johann Meyer (Grammy nominated for his work on Gojira’s “Magma”) and mastered by Jens Bogren (Opeth, Devin Townsend, Kreator) at Fascination Street Studio. The cover artwork has been made by talented artist Eliran Kantor (Testament, Thy Art Is Murder, Heaven Shall Burn).