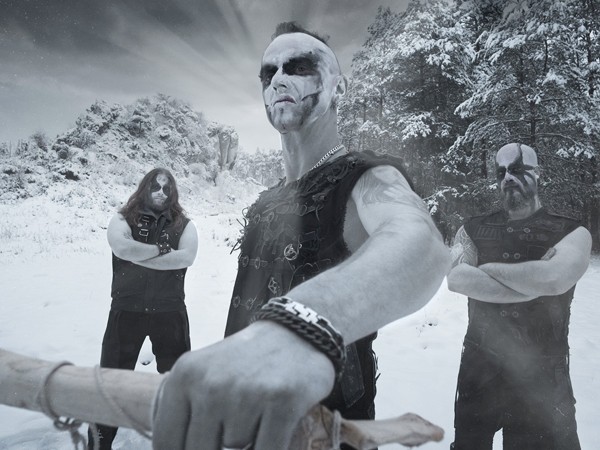 Formed in the year 2000, DEVILISH IMPRESSIONS is a dominant three-piece experimental Black/Death metal band that’s quickly pummeling through the genre and making their way to fans and media around the globe. Since the Polish horde’s first day, the notion of freedom of choice and will has been a highly prevalent belief and theme amongst the bands music, imagery and overall message. “The I” – DEVILISH IMPRESSIONS' latest and fourth full-length album is said to be DEVILISH IMPRESSIONS’ darkest, heaviest and most intriguing offering to date. The second album for LIFEFORCE RECORDS features special guest appearances by Mike Wead (MERCYFUL FATE, KING DIAMOND), and Ares (AETERNUS, ex-GORGOROTH, ex-IMMORTAL). The title “The I” is not only a phonetic acronym of the band’s name. Above all, it reflects the manifesto the tree-piece stands for since the inception in the year 2000 – the notion of freedom of choice and will. A supremacy of an individual over any external factors being imposed on us by others – with special emphasis on religion and its convictions, dogmas and paradigms. “The I” is a rebellious manifesto targeted against all those who stand opposed to anything that drives us towards individual perfection.