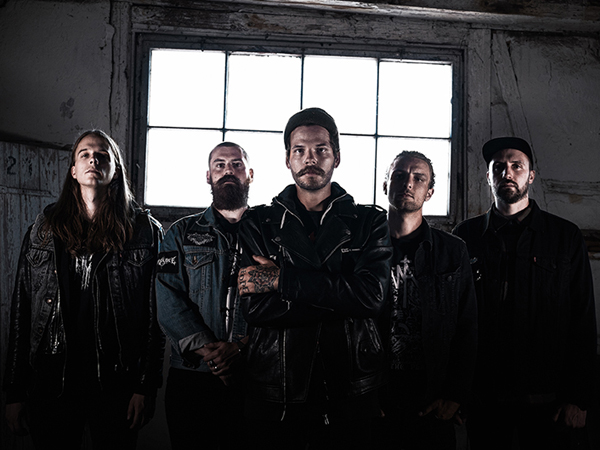 Hailing from southern Germany, A SECRET REVEALED mostly play with groups that display a comparable mindset and similar sound - the likes of Ancst, King Apathy, Downfall of Gaia and Der Weg Einer Freiheit. The musicality of the quintet, active since 2012, is forward-looking and organic. Their third album "When The Day Yearns For Light" is again characterized by gloomy, oppressive walls-of-sounds that reveal a post-character and create intense style combinations between various metal styles and the undeniable hardcore roots of the musicians. As on their debut "The Bleakness" (2015) and the 2019 LIFEFORCE RECORDS debut "Sacrifices", A SECRET REVEALED's playing is characterized by furious uncompromisingness, but also the ability to look inward. The title of the third album sets the direction: at first, "When The Day Yearns For Light" seems to be power-sapping and destructive on its own. On closer listening, however, the cathartic nature of the album, which deals with existential feelings, is soon revealed. In view of this, it is no wonder that A SECRET REVEALED play so intense and emotionally dense.

A Secret Revealed on Tour